In this very first blog that Jolande originally wrote as a Facebook post (8 June 2017), the focus is on being able to observe unexpectedly in the routines of everyday life. It is a skill that we all have but which we often leave unused because a whirlwind of thoughts blocks it. Jolande describes her experience in Brussels, which was considered dangerous.

The big evil world or not?

Niek had to be in Brussels for a few days for a conference and asked me to go with him. My whole body cried ‘no’, but well, that was a body reaction. My entire body called ‘no’, but well, that was a body reaction. Why did I react that strongly? Time to do some research, and it was with that intention that I went along.
I first became aware of the influences of the news and the images, i.e. ‘the narrative’ that in 2017 Brussels had become a big dangerous city where you could only walk around at your peril. The next day, I embarked on the adventure of cleaning up my hologram by going to the very city centre of Brussels.
Before that, I had first confirmed my Original Being by listening to a broadcast about the Arcturians. It mentioned a term that resonated deeply within me: Arcturian Holographic Player. That is what I am doing exactly right NOW: playing in and with the holograms in 3D.
After a nice lunch at the hotel, I went out with Google Maps to avoid getting lost on the straight route to the Grote Markt. 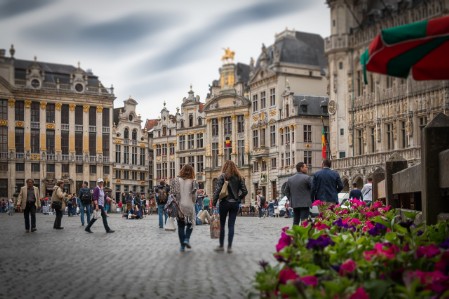 On the way, I met only friendly people, who greeted me and gave me the right of way. Strengthened by this, I found a nice shopping street on my way to the Grote Markt and, well, I couldn’t resist the organic cotton T-shirts. It was a bit of a comfort zone for me. I started to feel more and more at ease, on my own, in Brussels with only friendly people.
There I was on the Grote Markt, surrounded by impressive buildings, and saw everyone taking out their mobile phones to take photos of everything. So did I and then I stopped; I looked at the square, all those people and all those buildings. Did I see it correctly? Indeed, the hologram started to break. I have ‘seen’ it before when a hologram breaks, but unfortunately, I could not hold the image as a whole.

Dealing with an unexpected appearance

After walking around a bit, I went back to the hotel and noticed that there were a lot of policemen on the streets, but there was no commotion. Back in that nice shopping street, out of the blue, two heavily armed young soldiers appeared right in front of me. Earlier, I would have been terrified and freaked out; NOT NOW! I was startled for only a split second and then closed my eyes and looked into my heart. In my heart, I saw two doves of peace appearing. I opened my eyes: I did not see the soldiers anymore; instead a dove flew into the air before my eyes. 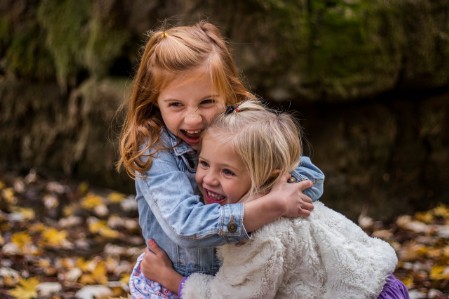 I continued my way and walked through a small park. An older man and two children were sitting on a bench. About five years old, the girl came up to me to beg. At first, I walked on, but I turned to look at her. The girl, however, had already walked on, but the man saw me and called her back. I gave her some money and looked her in the eyes. I walked past the man and the other child of about three years of age and looked them in the eyes, 100% involved, but not responsible, without guilt. From my heart, I greeted them with ‘Bonjour’.
When I was almost back at the hotel, a man walked towards me who kept looking at me with a big smile; Recognition from Being. ‘Bonjour’, a big smile, and we continued our journey.
What a beautiful ending to my discovery journey in Brussels! I say: mission accomplished.
Jolande
Last update 15-12-2021.
Back to content