The art of closing doors and experiencing new space

We write blogs about actual subjects in our lives, giving rise to research in Consciousness on the one hand, and the other hand to the practical translation into our daily lives (the experience). Therefore, what we write is lived through.
In the last few weeks, we have repeatedly come back to going through the discomfort of the Unknown and how Self-confidence proves to be a powerful navigator in this. After all, we are all very familiar with this Matrix’s reality (comparable to a fish in the water unaware of the water), in which we have built our lives. We watch and live, as it were, in the film of others as if that were the absolute truth of our lives. To a greater or lesser degree, we feel comfortable in it and live a lot on automatic pilot (forgetting that we are, in essence, not a fish at all). Therefore, this blog is a logical sequel to the two previous blogs on Unknown sets Free and Self Trust.
out of the box

Moving as a metaphor

The main blog’s point of departure is that we have been looking for a place to live and work with more peace and nature around us for more than ten years. This search has literally taken us to all kinds of beautiful places in the Netherlands in recent years: first around Zutphen, then more towards the Achterhoek and the last three years in a specific part of the province of Friesland. Our search and the upcoming move also appear to be a fantastic way to deprogram many internal Matrix programs and get more in touch with our Higher Self, Inner Knowing and Source force.
Last year, from this essential contact with ourselves, we bought a house (with reservation) in a beautiful spot in Friesland. Still, unfortunately, we had to say farewell because we could not get the financing. Nevertheless, it was an extraordinary process, an almost magical journey of synchronicity together with our buying agent, the selling agent, and the sellers. Throughout the process, we stayed true to our Heart Consciousness and were entirely transparent for all involved. And yes, the Heart Consciousness also shook up old familiar anchors, programs got stuck, and the discomfort of the Unknown was sometimes very prominent.
We discovered, for example, that when you seek a hold on the Unknown in the Matrix reality, the inner anchor and trust in your Source energy is lost. You then become, as it were, a plaything of the fragmented world, which in fact, takes you further away from home, figuratively speaking.
By repeatedly going back into the observation mode of everything that presented itself and by keeping the focus on our goal, we were able to say farewell to those old familiar anchors in the Matrix reality and programs within ourselves. Moreover, it turned out that living and acting together from the Heart creates an entirely different information field (frequency) with many more possibilities against all odds.
In Heart Consciousness, the resilience to deal with challenges and human emotions is enormous. It gives the self-trust to face the Unknown and, where applicable, to say farewell to so-called familiar anchors in the Matrix reality and ditto programs in yourself.
Saying farewell is, in our perception, a logical sequel to moving confidently through the Unknown, stepping into the new space, and closing the door of our fragmented past behind us. That may be very softly for one person, with a bang for another and everything in between. 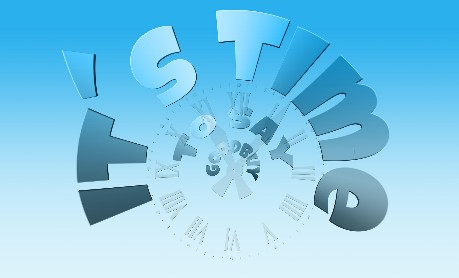 Saying farewell takes place in both the outer and inner world. The neurological system plays a significant role because it reacts, sometimes very violently, to saying farewell due to a deep-rooted program to hold on to what is already known.
Saying farewell is also often associated with a risk of regret or guilt towards others. Who does not know the thought: “What will (name of person) think of me when I say farewell to ....”? Guilt, therefore, also becomes an anchor in the film of another person.
This physical or emotional debt, which binds debtor and creditor, becomes an anchor of Consciousness in the film of both parties, which brings about a narrowing of Consciousness. That also creates the risk that the guilty party becomes a slave unconsciously to the creditor. Taking a broader view, this implies a more robust anchoring in and strengthening of the Matrix which is essentially built on all forms of “I-owe-you’s” and false promises (i.e., the Tomorrow game; see also our blogs Perception of Freedom and Delusion of the Day).
In addition, the Matrix system does not want to say farewell due to its self-appointed right to exist because that implies a loss of their control. Consequently, the system discourages anyone from saying farewell. That farewell can be to anything, anyone, or the system itself. The system’s sole purpose is that you keep your programs unchanged. After all, if you keep running your programs, the system will continue to exist.

The possible change starts with the intention. Your intention to say farewell helps you break free from the system (yourself and the Matrix). Learning to deal with the (still) discomfort of the Unknown and learning to break free from the addiction to ‘always knowing’ (indicated by the neurological system) is the current development in human Consciousness.
We are now in the middle of the global paradigm shift in Consciousness, in which saying farewell to the old paradigm of the Matrix reality is inherent. Besides saying farewell to inner programs, this can also be a farewell to the world around you. For example, letting go of relationships and people, certain forms of work or your activities, your place of residence, and so on. Usually, it concerns relationships and things that have functioned as trusted anchors in your Matrix reality for a long time, but they totally no longer fit in that form. ‘Total’ sounds absolute, but that is how we experience it (think of the red or the blue pill in the movie The Matrix); there is no way back. By releasing the anchors in the film, your truth comes to light.
The way we experience our lives, particular events that seem to have nothing to do with us can be a sign from our Higher Self. For example, on April 1, the owner of our storage space gave us one and a half months to empty the container. The container, which we had been renting for four years, contained, among other things, furniture, household goods and books that we could not put in our house but which we had not been able to say farewell to before.
The first thing that went through our minds was the thought: “Oh, apparently we will move”. So we immediately started emptying the container and reviewing all the stuff with the knowledge that we are moving while asking ourselves the question, “Does this still serve our mission? If not, then it’s going away (we’re saying goodbye)”. Eventually, many things, especially books and things related to our past work as business coaches and therapist, turned out to be an anchor in our lives. It was certainly valuable to us that we carried out those activities during those years, but we have now literally and figuratively said farewell to it. It felt like burn one's boats behind one without keeping old forms of work as a backup plan. The only thing we know is that now is the time to start living and working in a place where we have more peace and space around us and contribute to the Earth’s Restoration. In what possibly new forms of work that will be, time will tell.
We have turned around the old idea that we can only leave our current house when we have the money to buy another one: What would it be like to sell our home now and rent for the time being? That also gave cause to deprogram stagnant programs, let go of old ideas, and investigate the new. From our Heart Consciousness, we developed this idea further. The real estate agent could put up our home for sale quickly and, three weeks after the decision, we already had a prospect of a beautiful place to live in Friesland that we could rent temporarily. We discovered here that finding (experiencing) the anchor in your Higher Self (Source power) in the Unknown has a de-fragmenting effect, making us sovereign.
Again, it appears to be a magical journey of extraordinary encounters and synchronicity to continue our journey from the Heart in consciousness step by step, with Self-Trust right through the discomfort of the Unknown and in our daily lives. 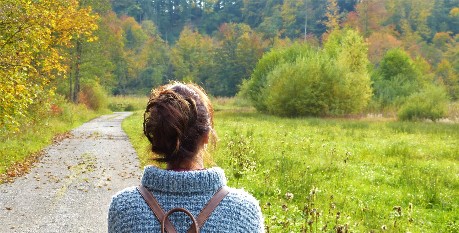 Based on the above metaphor, we can make the following points:

To end on a high note

We ‘know’ (sense) that the coming months will be an extraordinary time to help each of us in our way to say farewell. It has become clear to us that the change starts within you and not in the world outside you. Each person will write his/her life script based on an intrinsic vision, go through their timeline, and contribute to transforming the Matrix reality (by disconnecting from the Matrix it implodes) and be replaced by a Heart Frequency field. That will open new doors and give us a new phase of Consciousness on this planet with new challenges and experiences for the Original Human Being.
Film tips: Allegiant - Divergent Series #3 and Abigail
Jolande & Niek
30 May 2021
Back to content